Anja-Verena Mudring speaks at the Sustainable Energy Symposium at Chalmers

Dowload the full Program of the Sustainable Energy Symposium.

Seminar on “Green Chemistry” at the Karlskoga Science Camp on Aug. 3 2017!

Rare earth recycling: How can we keep our gadgets sustainable?

Our reliance on rare earth elements in our gadget-hungry world is growing, but their supply is far from secure. Libby Peake learns about the environmental costs of mining the materials and increasing efforts to recycle them

In another CMI project, researchers are using ionic liquids – or ‘molten salts’, which are often used as solvents and are considered safer than alternatives – to separate rare earth elements. Scientist Anja Mudring, who is leading the project, explains: “We are tuning the ionic liquids in such a way that they dissolve rare-earth oxides and then we’re using electrodeposition, where electricity is run through a liquid to create a chemical change, to get the rare earth in metal form.

Anja-Verena Mudring speaks at the Royal Swedish Academy of Sciences on Ionic Liquids for Energy-related Applications. 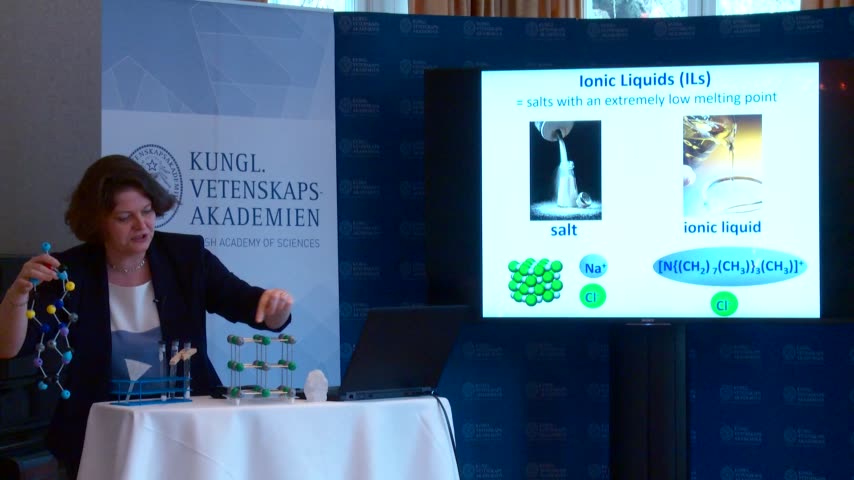